Inspiration for happiness & well being

Welcome! Are you curious?

Well, I have set this page up because I am on a quest to promote, happiness, better-thinking patterns, and inspire change in our everyday lives. If you read my story you know that I was a young mum struggling with time – money – children. It was tough! I have learnt a lot since – and would love to provide a space for you too –

love your self and others

re change your thinking patterns

We never stop growing and this page will grow and include items that I come across on my learning journey – It will include items I think you may enjoy. Books – blogs – people – quotes – pictures. Whatever I like really! Let me know if you like what I am throwing down at any time by messaging me on the contact page

Much Aroha – Me – Hayley Benseman x

Esther Hicks is a Spiritual Teacher and Channeller for Abraham

Esther is a spiritual teacher who helps people to learn how to use their thoughts to create the life they want. She’s one of the most famous spiritual teachers in the world and has helped people to be successful in all areas of their life.

Podcast Interview: My life with alcohol

The J Word NZ interview that sparked many women to give up too!

On the 19th of September 2021 I gave up alcohol FOR GOOD! I was an alcoholic (which took me a while to ever say or think to my self!) – and on this journey what got me through was reading a lot of material. This book was my absolute favourite – because her story was my story! she even follows on to another book called ‘Mrs D Goes Within’ which is just as hilarious and honest and well….. its the truth! Think you drink too much?? go read this book

A beautifully written – inspiring – deeply truthful and spiritual book that has really guided me in my self discovery journey come 2021. This book is dotted with the most beautiful meditations I finished reading the last page and within the next second turned back to page one to start all over again. A+++++ A MUST read for anyone on a spiritual journey

If there is one thing I know to be true – it is that we are connected with the earth and nature. As soon as we have that disconnect with that and our selves, that’s where things go wrong.

If there is ONE thing you should watch today – tomorrow – this week month or year… please make it be ‘The Earthing Movie’ . Click here to watch AND do my meditation below that will help you connect to earths energy

I have read many books and there is no one that has described our every day health and skin issues in ‘plain English’ as Libby does. I rate this book 5/5 and I think it should be a staple in every household.

Who doesn’t want to be weightless in a pod of magnesium sulphate with beautiful colours and music. No cell phones – kids – co workers or noise?

Seriously I heard about flotation pods years ago and really didn’t put much thought to the whole thing. Yes its a bath of magnesium so yay that’s super beneficial for the body / sore muscles – the logical part of my brain at the time put it in a box and said that’s all it is. NO WAY.

I have just come home from my first float after meeting the owners and doing my own research. w.o.w. I have been on a mindful path of living and checking my wellness for a few years, and felt I was ready to try something which I knew for sure would offer mental physical and mindful connection. Did it deliver! Yes.

Here is a wonderful heart filling convo with owner Eleanor from The Floatation Sanctuary & new blogger ‘The J Word’. – https://youtu.be/-5TXMjGDBDs

Sam & Gina aka A.V-iation Productions created this amazing film for me as a way to share my love of a natural mindful way of making beautiful skincare. I have been on a journey of self discovery and enlightenment and am finally at a place where I just need to share my passion. This is me - Hayley Benseman 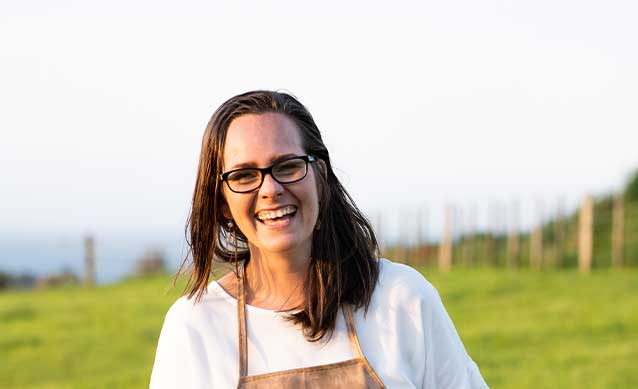 If you are a woman that wants more – no – NEEDS more in her life. You want to achieve something, do better, be better. Hell, you may want to start up your own business, lose weight, or write a book. BUT… you can’t make that first step. Then, babe, this book is for you.

I reached out to Jamie the executive office of the Taranaki Retreat.

For him to share a little something-something to think on – self reflect – better awareness of your self and others.

put down the device – visit a friend. Walk-in nature x

Thank you, Hayley, for the opportunity to share a bit of a story with this awesome community.

Thirty years ago, I was with a group of colleagues who had decided to swim across a reservoir. Roughly halfway across, I took a dive and got entangled in the plant life on the bottom.

The more I struggled, the more stuck I was. Could see no escape. I was terrified and alone.

Here’s the thing; one of the guys on the boat happened to be looking in the right direction at the right time; spotted me go down, spotted I wasn’t coming up again.

So I heard afterwards

– without hesitation, he leapt in, swam to where I was trapped, and the next moment, a strong arm was around me, dragging me to the surface, pulling me to the safety of that boat.

Not for him, I wouldn’t be here today, and nor would my children… Which I always find quite an uncanny thought. Over the years since that happened, probably not a week has gone by that I don’t think of him, and that, when I was stuck in the depths, someone spotted me and pulled me out.

That’s a big part of why I do what I do. And that’s why we’ve all got to keep doing what we’re doing; scanning the surface, noticing, and not hesitating.

I hear a lot of “If you’re struggling, reach out.” We all need to hear and know that.

But it’s not the only answer.

Sometimes it’s not that easy. Putting down the device, making time to visit a friend, colleague or relative you’ve perhaps not seen for a while, or who you’ve noticed might be slipping under the surface – that’s the magic.

Thank you so much Jamie x

An interview with me by – Victoria Bond | Psychic Medium

The channeled oil and conscious shift to Mindful Skincare: Ep38

I found the following text from http://freedom.ac.nz/mindulness-and-grounding and I LOVE it

MINDFULNESS MEANS LEARNING TO GIVE:

F – Forgive and be thankful in any circumstance. To accept

U – Unconditional positive regard for yourself and others, and to

BEING MINDFUL TEACHES YOU TO PAUSE

On my own journey of self discovery, yoga as been essential for opening my mind for change and body for change. When I started this I was essentially tied to what I could find free on You Tube, money was not available to spend on going to local classes. Not to mention I really wanted to start this journey quietly in my own company ‘just in case’ I failed and went back to my lazy ways lol.

Searching through You Tube thankfully I came across Boho Beautiful! Yay – beautiful instructor with an amazing life philosophy and voice to guide me pushing through mental & physical barriers. What started as a trying to exercise turned into a new life of yoga and meditation. LIFE CHANGING!

If you need a start then please go take a look: Click Me

I was recently at my friend Michelle Yandles Well Fed event held here in Taranaki (you must all go see it come 2020) – and one of the guest speakers was Lara Briden. I personally got diagnosed with PCOS at the age of 18 and have learned a lot since about my body. But listening to Lara speak BLEW MY MIND – and really got me excited to get her book.

A smart lady – lots of experience in clinic / but most of all she just makes sense! If you are a girl – teenager – a woman…this book really is a must. I can’t wait for you all to read it and change your life.

Its time to relax and breathe

10min Earth Energy meditation | with ME!